An NFL Athlete's Knee Injury Tale Could Be Inspiring

Suffering a serious knee injury is hardly something anyone wishes to happen. A severe injury could lead to a number of surgeries and a difficult rehabilitation period. The major worry many have is they won't fully regain the same level of use in the knee even after all the extensive treatments. While such concerns are understandable, anyone who is suffering from a major knee tear should look towards the successful treatments of others for inspiration. Understanding the process of treatments through the eyes of someone who has gone through them may prove uplifting.

The Tale of an NFL Athlete

Is there anyone who would fear a knee injury any more than a professional athlete? Severe knee injuries have been known to end careers. Thanks to advancements in medicine and injury rehab, many athletes are able to successfully bounce back from a bad injury. The top quarterback for the Minnesota Vikings, Teddy Bridgewater, found himself in need of a multi-ligament reconstruction surgical procedure after suffering a season-ending injury. "Season-ending" is actually a positive term. Bridgewater did not suffer the dreaded "career-ending" injury so many athletes fear. The multi-ligament reconstruction surgical procedure reversed all that potential misery.

Hope in the Tale

The tale of Terry Bridgewater reveals that even the worst knee injury can often be fixed. Not only can a knee be effectively repaired; the condition of the knee is so fully healed the ligaments are capable of generating the elite performance required of an NFL player. To say this should bring hope to those who have suffered a horrible and unexpected injury would be an understatement. Not everyone, however, sees things this way.

A question may be asked and asked either out of cynicism or out of a legitimate inquiry. The question still is rooted in a feeling of doubt. The question is "Would the average person be able to 'bounce back' from surgery in the same way an NFL player could?" An NFL player is someone with incredible physical attributes. The chances of a professional football player recovering from the surgery and engaging in effective rehab are boosted by skill, a special determination, and genetic factors. Regardless, an average person needs knee work to be able to perform average personal and professional duties. With the right treatment, a combination of multiple ligament reconstruction surgery and rehab, "average and normal" daily activities could potentially be performed with no problems. Consider that miraculous. 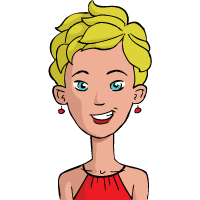 The arrival of spring is one of my favorite times of the year. I adore unpacking my warm weather wardrobe and heading outside in pair of shorts and sandals. Unfortunately, the beauty of this season is often marred by the arrival of seasonal allergies. During the spring months, I sometimes experience the familiar symptoms of nasal congestion, an itchy throat, and burning eyes. Thankfully, I can usually find relief from a combination of over-the-counter medications and prescription drugs. If you suffer from seasonal allergies, talk with your doctor about possible solutions for this inconvenience. On this blog, you will learn how visiting a health care clinic can help you prepare for the seasonal allergies spring ushers in.